It was 2004 when I really began working with children. I was fresh out of high school and I had began doing summer camp before I went off to college. I remember that part of my life very vividly because it was the beginning of my thinking about becoming a teacher, but more so, I remember thinking how different these kids were compared to the ones that I had only baby sat 4 years ago.

I had kids with peanut allergies so severe that they had to sit at peanut free tables and one kid, had to have an epi pen near him at all times just in case he so much as breathed a speck of peanut dust. It was mind blowing me to me and even though I was only 17 at the time, I did wonder what was causing all of this because it just wasn’t normal. Something had to be causing this whether it was in utero or something else that they were being exposed to. 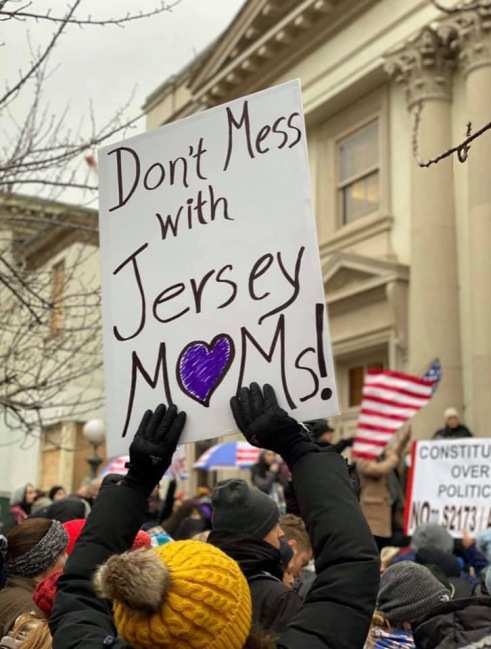 I never questioned vaccines. And that summer I also had to get vaccinated for meningitis so that I could live in a dorm.

Years later, I was a new teacher and went to the doctors to have blood work done. They did a full work up including blood panels and later called me to tell me that I had “waning immunity to meningitis and needed to get the shot again.” I remember being scared–how did I make it through living in a dorm and not getting meningitis? I had gotten the shot, how could it not have worked? Vaccines work! And I stupidly made an appointment and I got a double shot of meningitis.

That was the year I got sick with every little thing that was around me and at the time, I chalked it up to teaching, but I had been teaching for several years at that point, you’re usually not getting everything after three years of exposure to all kinds of kid germs.

When my son was born, I really went down the rabbit hole because I wanted to really know exactly what I was giving him. And it blew my mind. It scared me what we do to kids because we think we’re protecting them. We’re not. We’re injecting them with all kinds of junk that causes so many other autoimmune disorders and yes, even mental disorders. As a teacher who works with special education students, I have seen it grow worse. Kids who can not control their body, their words, their impulses…the list goes on and on. We are slamming their growing and developing brains and bodies with aborted fetal DNA, animal DNA and a host of known neurotoxins from the time they are growing in our bodies to they are adults themselves.

However, in this entire debate, what shocks me the most is how you have so many people (most aren’t even parents) that think that they have a right to berate you for so much as even questioning vaccines. I remember when my journey began with my son, a woman that I had grown up with and who I haven’t spoken to outside of likes on Facebook for many years, commented that I should “focus on my PhD in education and let real doctors research the science.” I laughed and it only fueled my journey more. We all need to come together and agree at the heart of either side of this, are parents that love their children and want what is best for them. We also really need to look at these liability free products that are manufactured by the same Big Pharma companies that gave us the opioid epidemic and wonder why it is that after they were granted immunity from the law, that they haven’t done a safety study like they were supposed to over the last 30 years? And it’s not because these products are safe. In fact, the supreme court has even ruled that vaccines are unavoidably unsafe.

So, knowing all of this, why do we have state officials thinking they have any right to our bodies or those of our children? If you watched the proceedings yesterday in Trenton, you witnessed how Steve Sweeney, an uneducated, unintelligent, puppet of the Big Pharma companies try to bully and strong arm this bill through because he has taken over $100,000 in campaign money from these very same companies. He was shaken and sweating last night as the state house shook with the chants of 6,000 parents outside who were not going to let this political thug come between themselves, their children, their pediatrician and their God.

As parents in this state, we need to repeat what we did in Trenton yesterday and make our voice heard loud and clear: our bodies are not governments to buy and sell and neither are those of our children’s. Laws like S2173 violate our constitutional rights to freedom of religion and they also violate federal law which states that everyone is entitled to a free, public education that is free of discrimination.

Pulling kids out of schools to homeschool is not the solution because they’ll just come for them next. And for those people who support these bills and think that that is the only solution, I then ask, will families who do not support vaccination then get a full refund of the property taxes allocated to schools since they are barred from entering them themselves?

S2173 will appear again in January and we parents need to fight for our rights to raise our children as, we their parents, see fit…not big government, not Steve Sweeney and not Big Pharma.

Thank you to the senators who stood on their moral ground and said no to the bullies in Trenton yesterday. Thank you Senators Joe Lagana, Mike Testa, and Vin Gopal. We appreciate what you did for us and it will be remembered in next year’s elections.