Whitney Whitaker and her cousin, Buck, are back at it flipping houses in this fourth installment of Kelly’s house-flipper mysteries. This time they have their eyes set on an old church. Whitney is drawn to the abandoned church with its beautiful stained glass and is eager to make the abandoned space come alive again. They want it to become an entertainment venue.

Only, the owner of the farm next door, Nolan Sibley, is not too supportive of their plans and asserts a legal claim over the church property that puts Whitney’s and Buck’s flipping dreams in jeopardy. As the legalities play out, Whitney and Buck decide to move ahead with renovations despite the harsh welcome they received from Nolan– greetings with a cattle prod and a church full of horses! Things only get worse when Whitney’s cat, Sawdust, finds a body in the bell tower. It is the body of the man who had only recently delivered their replacement windows.

Whitney’s boyfriend, Colin, is assigned the case, but it becomes a complex case to solve after a second murder occurs nearby. This mystery will definitely keep you guessing until the very end while still maintaining the cozy-mystery feeling that the earlier books have done so well.

Batten Down the Belfry by Diane Kelly will be released on February 22, 2022 from St. Martin’s Press with ISBN 9781250816030. This review corresponds to an advanced electronic galley that was supplied by the publisher in exchange for this review.

The Books of the Dead by Emilia Bernhard had it all for me: Paris, death and of course, librarians. My inner nerd girl was squealing when I received the galley for this novel. I think I was so drawn to it because it had an air of Jonny Depp’s The Ninth Gate which I have watched probably too many times to count.

American sleuth Rachel Levis stumbles upon the body of an employee of the French national library strangled in the bathroom of a cafe. Having solved a murder, with her best friend Magda, only 18 months before, Rachel reaches out to Capitaine Boussicault for help.

She immediately goes undercover as a librarian to try to figure out which one of the man’s colleagues could have offed him. Almost just as quickly as she is undercover, the drama really begins to come into play: first, a priceless antique book is found mutilated and then, her favorite suspect for the first murder is found dead in the stacks. Boussicault pulls Rachel from the investigation. However, she and Magda are dedicated to solving this mystery and take the investigation into their own hands.

This is definitely a cozy mystery where the amateur sleuths win over the professionals and become part of an unbelievable investigation. You will have to suspend your sense of realistic cream investigations to thoroughly enjoy the novel, it has all the pieces to it: the international setting, the pair of best friends solving crimes and a slightly absurd reason to murder someone. I am excited to see where this series goes and what other kinds of trouble our two girls will get into next!

The Books of the Dead: A Death in Paris Mystery

by Emilia Bernhard is scheduled to be released on October 8, 2019, from Crooked Lane Books with ISBN 9781643851570. This review corresponds to an electronic galley supplied by the publisher in exchange for this review. To be linked to special pre-order pricing, click the link at the top of this section. 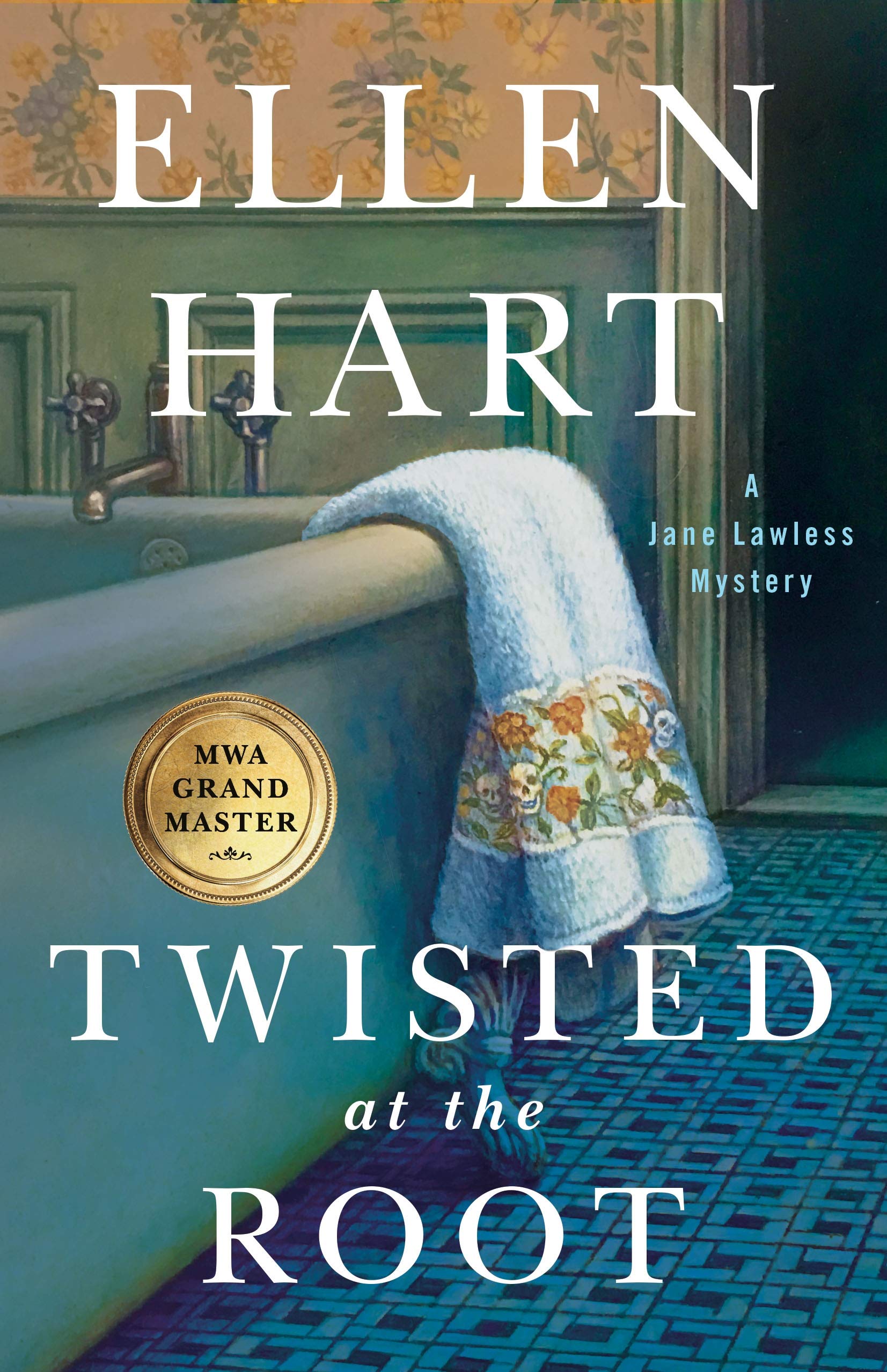 This was my first book to pick up from the Jane Lawless Series. It can be a stand-alone book and I only was slightly confused by relationships and characters going in. It would have been helpful to have read the other books in this series just to understand the returning characters more. However, other than that I enjoyed this cozy murder mystery.

Four years ago, everyone assumed that Gideon Wise and Rashad May were happily married. That is until Rashad was arrested for Gideon’s murder. Rashad is inevitably sentenced to prison where he remains for four years until Jane Lawless agrees to help her father reopen the case.

A Cast of Characters

As restauranter and private eye, Jane Lawless delves deeper into Rashad’s case, we are met with a cast of colorful, fun characters that all could possibly be Gideon’s murderer. Ellen Hart does a solid job at keeping us guessing as to who the true killer of Gideon actually is. What is clear is that Rashad May really didn’t have anything that would make him want to kill his husband. Jane is ready to dive deeper into the case when her own brother who has been strangely absent makes a surprise visit home.

Jane’s brother Peter surprises everyone with not only his visit, but also with a break in the case for Peter is connected to the J.H. Chenoweth Gallery. As Jane has already figured out, the gallery was the only other access that there was to Gideon and Rashad’s home. However, Peter is still carrying a torch for Kit Lipton-Chenoweth, the wife of gallery owner John Henry Chenoweth. He becomes angry with Jane when she questions Kit and it clear that he has held his feelings for Kit for a long time, ever since she was with Eli, Peter’s former dealer, and John Henry’s own son.

Twisted at the Root: A Jane Lawless Mystery is scheduled to be released from Minotaur Books an imprint of St. Martin’s Press with ISBN 9781250308429 on August 13, 2019. This review corresponds to an advanced electronic galley that was supplied by the publisher in exchange for this review.