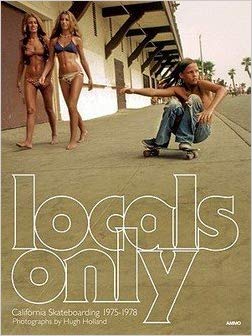 The world of skateboarding is something that many kids from the late 1980’s and up until present day are at least some what associated with. Skating celebrities like Tony Hawk have mainstreamed the sport, turning it into video games and entertainment. However, skateboarding did not begin with the 80’s or even with the grunge movement of the early 1990’s. Skateboarding has been around since the 1950’s.

A Brief History of Skateboarding

Skateboarding began in the 1950’s when surfing was at its peak. People soon realized that a skateboard gave them the same feel as surfing. Skateboarding then slowly grew over the decade and by 1959, first Roller Derby Skateboard was for sale.

By the 1960’s, skateboards had entered mass production. Many stores were carrying them and the sport was quickly becoming a new fad. However, just as with any new sport, safety concerns soon began and people began speaking out against skateboarding, urging parents not to buy their children skateboards. The fad quickly died out, almost as fast as it began.

On Locals Only: California Skateboarding 1975-1978

When the 1970’s hit, so did the next big skating boom. The way skateboards were made changed and skate-parks began popping up all over the continental United States. The boards themselves were being made wider, offering skaters more stability especially on vertical surfaces.

Photographer, Hugh Holland, though not a skater himself, began to document these skateboarders in Los Angeles, parts of the San Fernando Valley, Venice Beach, San Francisco and Baja California, Mexico. It was also during this time, that Southern California was experiencing a serious drought which left much of the areas pools emptied for rebellious skaters to break into and use to hone their skills.

Holland documented all of this for three years, capturing the very beginnings of what would become a huge sport in the late 1990s and well into the new millennium. Holland’s photographs have that great dated feel to them and really makes the collection look authentic and more interesting than other collections that were captured on a digital camera as opposed to film.

Adding to that, the fonts chosen and the overall attitude of the collection, makes the reader feel part of and immersed in what Hugh Holland was documenting over thirty years ago. Overall, Holland captured a moment in time that might have gone otherwise overlooked. His collection is interesting and fun to look at and read through.